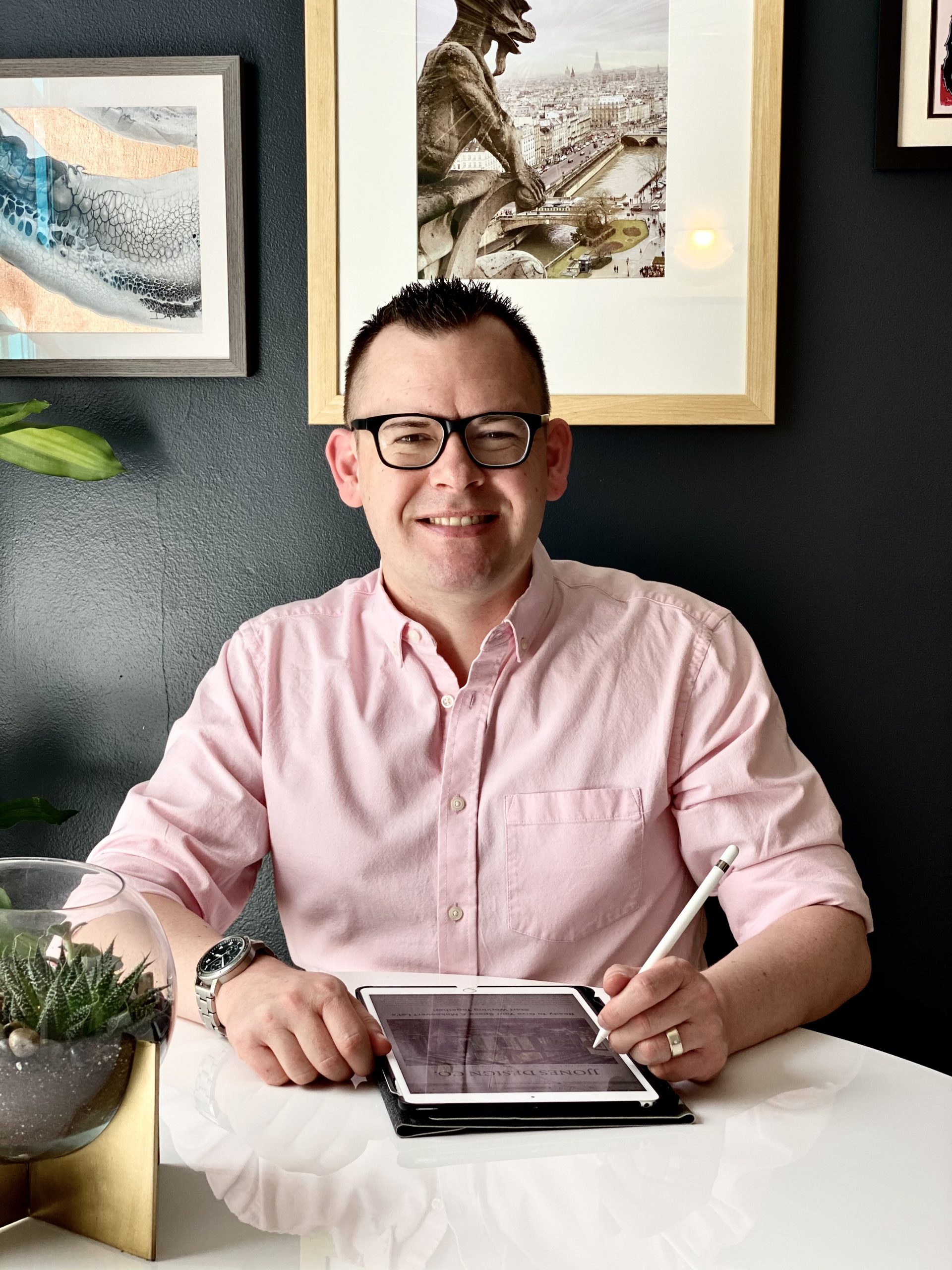 Joshua Jones is a Deaf-blind interior designer who started National Interpreter Appreciation Day as a Facebook group back in 2013. Today, the holiday is widely celebrated by ASL and language access communities on the first Wednesday in May.

Joshua was born and raised in southern California and lived in many different places along the West Coast, including Oregon, Seattle, Vancouver, BC, and San Francisco before recently returning to Seattle with the intention of settling there. Deaf and legally blind, Joshua is an online interior designer and owns a design firm, JJones Design Co. “I have been doing interior design for over seven years now and loving it,” he said.

Joshua attended Western Oregon University where he studied business and urban planning, before changing his major and transferring to the Art Institute of Seattle where he received a Bachelor of Fine Art in Interior Design. “I love to spend my free time trying new restaurants, going to the farmer’s market with my other half, socializing with friends, and traveling to get inspired”, he said.

Q: How did you decide to start Interpreter Appreciation Day? What inspired you?

A: It wasn’t something I expected to happen. Back in 2012, Hurricane Sandy hit the New York City metro area. Michael Bloomberg, the mayor at the time, had an emergency announcement and he had an ASL interpreter named Lydia Callis next to him.  I was reading forum comments online from people who weren’t aware about how ASL interpreters work and mocked and degraded her for the way she did her job. It really bothered me a lot because she was performing a vital service to ensure that the NYC metro Deaf community had access to potentially life-saving information on Hurricane Sandy. It wasn’t the first time that I’ve seen people make fun of ASL interpreters for doing their job. However, the Hurricane Sandy moment got me thinking that we needed to show ASL interpreters our appreciation for all they do to help the Deaf and Hearing communities to communicate more efficiently. I posted on Facebook asking people how they would feel about doing an “Interpreter Appreciation Day” and I got a lot of positive responses.  I set up a Facebook page focusing on Interpreter Appreciation Day and asked people to vote on what day made the most sense. It wasn’t just me!  Thanks to all the amazing people that were involved in the early days. At the beginning, I thought it would be small and simple. I didn’t expect that it would go nationally and internationally almost overnight!

Q: How did you learn to sign?
A: I learned to sign at age two. My mom knew ASL before I was born because she grew up with six Deaf friends when she was young. She had a hard time staying in contact as they grew up as there was no email, TTYs, instant messaging and social media platform to stay in touch and keep up practice with ASL, so she lost some of her skills. Years later, when my family learned I was Deaf (which was not when I was born) she took some courses to refresh her skills and taught me to sign.

Q: Tell us a bit about your company. What brought you to interior design? 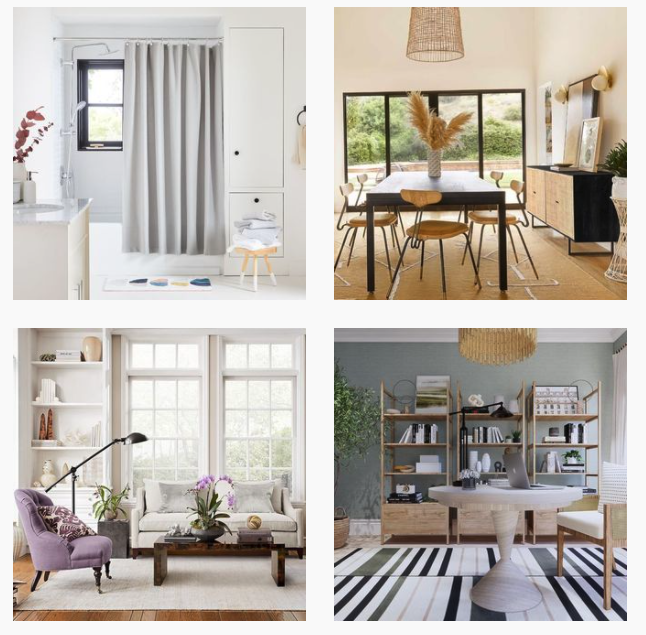 A: Funny thing, my mom was an interior designer and I never thought I would end up in the same field. While I was growing up, I wanted to be an architect, then discovered that I don’t have great math skills, which are very important to architecture, so I moved onto a different field and studied Business and Urban Planning.

During my second year at Western Oregon University, I was living with two roommates in an apartment. I had decorated my room and friends that came over and saw the room said I should be an interior designer since I was very good at it. So, I decided to change my major to Interior Design, and I transferred to the Art Institute of Seattle.

I graduated in 2008 when the country was entering the Great Recession. It was about the worst timing for me to start my interior design career because it was dependent on the real estate market. If the real estate market is strong, it means more job opportunities for interior designers, and vice versa. All the architecture and design firms were laying off its employees or going out of business, which made it challenging for me to land a starting job in my career. I decided to put my career plans on hold until the economy improved, so I ended up working in retail for a while.

Once the economy improved, I decided to try to kickstart my design career. I did a lot of interviews with different architecture and design firms. I experienced discrimination because of my Deafness, as they were more concerned about how we would communicate instead of focusing on my skills and how I could bring value to their company. It was very frustrating to say the least.

One day, I was having lunch with my other half and venting about my frustration with not getting taken seriously at firms and not being given a chance. He came up with a great idea and suggested that I start an online interior design business that would allow me to work with anyone, in any location, over the internet.  My Deafness wouldn’t be an obstacle to communicate via email. I thought that was an excellent idea, so that’s how I started my firm, JJones Design Co., and have been doing it for over seven years now. I’ve completed more than 450 projects nationwide and internationally, including Canada, Greece, and Ireland. I love what I do for a living.

Q: What are the challenges of being a Deaf-blind business owner?

A: Limited resources for accessibility. For example, when I want to learn new things and how to grow my business, many online videos don’t include captions or transcriptions. I’ve had to learn a lot of things on my own and experiment a lot to see what is working or not. I have done pretty much all of it on my own with very little help.

Q: How do you decorate without seeing?
While I’m legally blind, I am not without vision.  I actually see pretty well. My blindness is the result of having Usher’s Syndrome which has given me tunnel vision, balance issues, and my Deafness.  Mostly my vision is impaired by having no peripheral vision, some blind spots, light sensitivity, and poor low light vision.  So, lighting conditions are very important to me and that informs my design work as well.

Q: How did your business change during the pandemic?

A: Believe it or not, my business experienced an explosive growth during the pandemic for three reasons: 1. People were ordered to stay at their homes which then started making them realize that their homes needed some love. 2. I don’t do in person interior design services often, so people felt much safer to work with me online to help them design their spaces. 3. I was published in House Beautiful magazine and many online publications which helped get my name out there.

I’m very thankful that my business is doing well during the pandemic because like so many business owners, I was concerned about the direction we were going to head when the pandemic started.

Q: Do you know the show Queer Eye? I am obsessed recently and was wondering what you think of Bobby Berk’s skills if you know this show.

A: Yes! I love that show! One of my favorites! I love Bobby Berk’s works and he is one of my favorite celebrity interior designers. I think he is really talented at making a beautiful space that is also very livable and realistic for people to live in. He has a great bold style and uses textures smartly, which is something I do in my own design work.

Q: You are an inspiration for many. Do you have any tips or advice for our readers who want to start their own business but are hesitant or fearful?

A: I know starting a business can be intimidating and challenging because I experienced that myself, but I’d recommend you stepping out of your comfort zone. You will never know if you don’t try it. It is okay to make mistakes and you will learn from them to get it right and become successful.

Lastly, it is OK to ask other professionals for advice.  By doing so, you help build a community and somewhere down the line, you can provide support and mentorship to another up-and-coming entrepreneur.

I wanted to be an interpreter when I was growing up