This 4th of July, we remember some quotes by famous Americans about our beautiful land of immigrants.

“Give me your tired, your poor,
Your huddled masses yearning to breathe free,
The wretched refuse of your teeming shore.
Send these, the homeless, tempest-tossed, to me:
I lift my lamp beside the golden door.”
―Emma Lazarus, writer and translator

“America has always been a symbol of hope, tolerance and diversity —and these are values we must work very hard to uphold”.

“Apple would not exist without immigration, let alone thrive and innovate the way we do.”

“As you know, I’m an immigrant. I came over here as an immigrant, and what gave me the opportunities, what made me to be here today, is the open arms of Americans. I have been received. I have been adopted by America.”

“I am the grandson of immigrants from Japan who went to America, boldly going to a strange new world, seeking new opportunities. My mother was born in Sacramento, California. My father was a San Franciscan. They met and married in Los Angeles, and I was born there.”

“I arrived in the U.S.A. in 1935, to San Francisco. I got the boat from China, and I didn’t even speak English. I could read a little, perhaps write a little, but that was all. It was a 17-day journey, and I learnt to speak English from the stewards.”

―I. M. Pei, one of top America’s architects

“I call myself Zimerican. I was born in the Midwest to Zimbabwean parents. My father was a professor at Grinnell College in Iowa.” 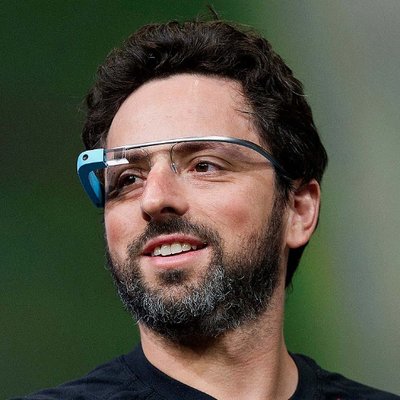 “I came here to the US at age 6 with my family from the Soviet Union which was at that time the greatest enemy the US had, maybe it still is. It was a dire period, the cold war, as some people remember it. And even then the US had the courage to take me and my family in as refugees. This country was brave and welcoming and I wouldn’t be where I am today or have any kind of the life that I have today if this was not a brave country that really stood out and spoke for liberty.”

“I came to America because of the great, great freedom which I heard existed in this country.”
―Albert Einstein

“I come from a part of New York that was almost entirely immigrants. I was born in America, but all of my friends’ parents, everybody’s parents, including my own, had come to America from Europe. ―Christopher Walken, actor

“I had always hoped that this land might become a safe and agreeable asylum to the virtuous and persecuted part of mankind, to whatever nation they might belong.”

“I have an immigrant mentality, which is that the job can be taken away at any time, so make sure you earn it every day…immigrants come here they have no safety net-zero. I landed here with $500 in my pocket. I had no one here to pay for me.”

“I liked the America of Bing Crosby, Charlie Chaplin and Buster Keaton – it was all a dream, of course, but a very alluring dream for a young man from China.”
―I. M. Pei, one of top America’s architects

“I was born in Europe… and I’ve traveled all over the world. I can tell you that there is no place, no country, that is more compassionate, more generous, more accepting, and more welcoming than the United States of America.”

“My folks came to U.S. as immigrants, aliens, and became citizens. I was born in Boston, a citizen, went to Hollywood and became an alien.

“My mother was an activist, so was my father. They came from a generation of young Somalis who were actively involved in getting independence for Somalia in 1960. So I remember when I was five how busy our house was. People would come in the middle of the night, meetings after meetings, and protests and all that. I grew up in the midst of all of that. And she instilled that in me. The fact that nobody can take your self-worth unless you give your consent. I am the face of a refugee. I was once a refugee. I was with my family in exile.”

“One more thing I would say with regard to immigration generally: There exists on the subject a fatal miscomprehension. Unemployment is not decreased by restricting immigration. For unemployment depends on faulty distribution of work among those capable of work. Immigration increases consumption as much as it does demand on labor.”

“On my father’s side, I’m descended from immigrants, one of whom was a Syrian refugee from the Armenian genocide, and my mother was an immigrant from Germany whose visa had expired and, for a year and change, was undocumented here in the U.S.

“Our attitude towards immigration reflects our faith in the American ideal. We have always believed it possible for men and women who start at the bottom to rise as far as the talent and energy allow. Neither race nor place of birth should affect their chances.”
―Robert F. Kennedy

“Remember, remember always, that all of us, and you and I especially, are descended from immigrants and revolutionists.”
―Franklin D. Roosevelt

“The land flourished because it was fed from so many sources–because it was nourished by so many cultures and traditions and peoples.”
―Lyndon B. Johnson

“The bosom of America is open to receive not only the Opulent and respectable Stranger, but the oppressed and persecuted of all Nations And Religions; whom we shall wellcome to a participation of all our rights and previleges, if by decency and propriety of conduct they appear to merit the enjoyment.”
― George Washington

“The truth is, immigrants tend to be more American than people born here.”

“To this day, my father worships JFK and LBJ for what they did to have the laws changed so that his family could come. I was 12 when I came, and I remember thinking it’s truly a different world. You know, you go from bicycles to cars, from shopping in the village market to supermarkets and from Chinese to English. We did not know the alphabet. So we started from step one, and it was a culture shock on top of a language barrier. We were each given an English name, hence — I’m David. And my father did it very simply, Dae He is D-A-E, and he just thought David was the closest thing. My training has been entirely American, while culturally I am a large part Chinese.”

“We came to America, either ourselves or in the persons of our ancestors, to better the ideals of men, to make them see finer things than they had seen before, to get rid of the things that divide and to make sure of the things that unite.”
―Woodrow Wilson

“We showed up here with the equivalent of $50 and a piano. We came halfway around the world without money, without a set job, no place to live and couldn’t even speak the language. What saved us was my father being a musician and slowly meeting other musicians and gigging on weekends, everything from weddings to you name it to make money.”

―Eddie Van Halen, one of the most well known hard rock musicians

“When [my family] came from England during the war, people said, “You are welcome here. What can we do to help?” I am a beneficiary of the American people’s generosity, and I hope we can have comprehensive immigration legislation that allows this country to continue to be enriched by those who were not born here.”
―Madeleine Albright

“When you get to know a lot of people, you make a great discovery. You find that no one group has a monopoly on looks, brains, goodness or anything else. It takes all the people – black and white, Catholic, Jewish and Protestant, recent immigrants and Mayflower descendants – to make up America.”

“You who are so-called illegal aliens must know that no human being is ‘illegal’. That is a contradiction in terms. Human beings can be beautiful or more beautiful, they can be fat or skinny, they can be right or wrong, but illegal? How can a human being be illegal?”

What is happening to my brain?